The University of Toronto kicks off Pride 2015 in Toronto with the annual U of T Pride Pub. This year’s event brings together students, staff, faculty, alumna and community members to make new connections and celebrate our long and proud history of LGBTQ involvement at U of T.

Beginning at 4 p.m. on June 19th, the U of T Pride Pub will see the return of the popular Community Fair, featuring incredible LGBTQ community leaders and organizations from the Toronto area including OutSport Toronto, Inside Out Film Festival, Out on Bay Street, AIDS Committee of Toronto Positive Youth Outreach, Africans in Partnership Against AIDS, Asian Community AIDS Service, LGBT Youthline, Get Screened and the Friends for Life Bike Rally.

New this year: the Family Care Office will offer face painting and other engaging activities to help to make the first half of the event a family-friendly event.  Move U, Equity Movement and Hart House will also have programming on offer as well. Hart House will have the BBQ flaming with a delicious menu throughout the event.

For those looking to start Pride on the dance floor, DJ Sammy Royale and DJ Nino Brown will hit the stage at 8:00pm, followed by DJ Cozmic Cat who will keep the music going until long after the stars come out. 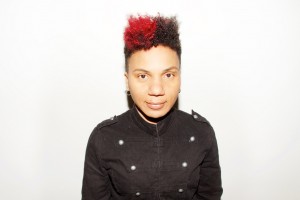 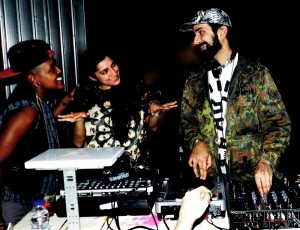 A Special U of T Pride Pub Pre-event

In recognition of Canada’s declaration that 2015 is the Year of Sport, the U of T Pride Pub will present a special pre-event featuring LGBTQ athletes in conversation.

Starting at 3:00 pm, the pre-event “Transforming Sport: LGBTQ Athletes in Conversation” will feature two extraordinary athletes, Kye Allums and Rosie Cossar, made possible through campus and community partnerships with organizations including OutSport Toronto and IGNITE.

is former college basketball player at George Washington University and the first out trans athlete to compete as a NCAA Division I college athlete. He is now a transgender, public speaker, activist and mentor.  He is the author of Who Am I?, a collection of poems and letters  that he wrote to himself about his relationship with who is he, how he self-identifies and the people that gave him life.  He also starred in Lavern Cox’s documentary, The T Word.

Rosie Cossar was the team captain of the first ever Canadian rhythmic gymnastics group to ever qualify for an Olympic Games.  She won two silver medals and a bronze medal at the 2011 Guadalajara Pan Am Games.  Since retiring from the sport after the 2012 Olympics, Rosie has come out as a lesbian and has made it a priority to actively participate in the LGBTQ work in Canada with a specific focus on inclusion and diversity in sport.  She is a student in Paramedicine at the University of Toronto.

As the world’s watches sporting events in Canada and Toronto in 2015, it is critically important to reflect on the ways in which sports and athletics continue to work to create more inclusive spaces for LGBTQ athletes at all levels of sport.  These athletes will share their personal stories about their relationships between their identities and their life in sport.  This will be an incredible opportunity for the University of Toronto community to reflect how the great work that we have already done, but also to point to the places where we can continue to challenge homophobia, transphobia and all forms of discrimination in sport, across our campuses and in all aspects of our communities.

All members of the U of T community are encouraged to attend. Tickets are free, but be sure to reserve your seat.

The U of T Pride Pub is a Toronto Pride 2015 Affiliate Event.

Event Sponsors: Hart House and Steam Whistle Brewery
The U of T Pride Pub is a Toronto Pride 2015 Affiliate Event.