We encourage you to explore the Sexual & Gender Diversity Office’s programming, events and resources. We are available for education, training, and confidential LGBTQ2S+ consultations, support and advice.

Learn about how we work to support LGBTQ2S+ inclusive learning and working communities at U of T.

We invite you to attend our events and programs which address sexual and gender diversity at the intersection of identities.

Access supports, resources, and educational opportunities available to all students, faculty, librarians and staff across the three campuses.

Reach out for confidential consultations, support or advice on LGBTQ2S+ related issues at U of T.

Event details will be reviewed before publication on the calendar.

Got a question?
Email sgdo@utoronto.ca 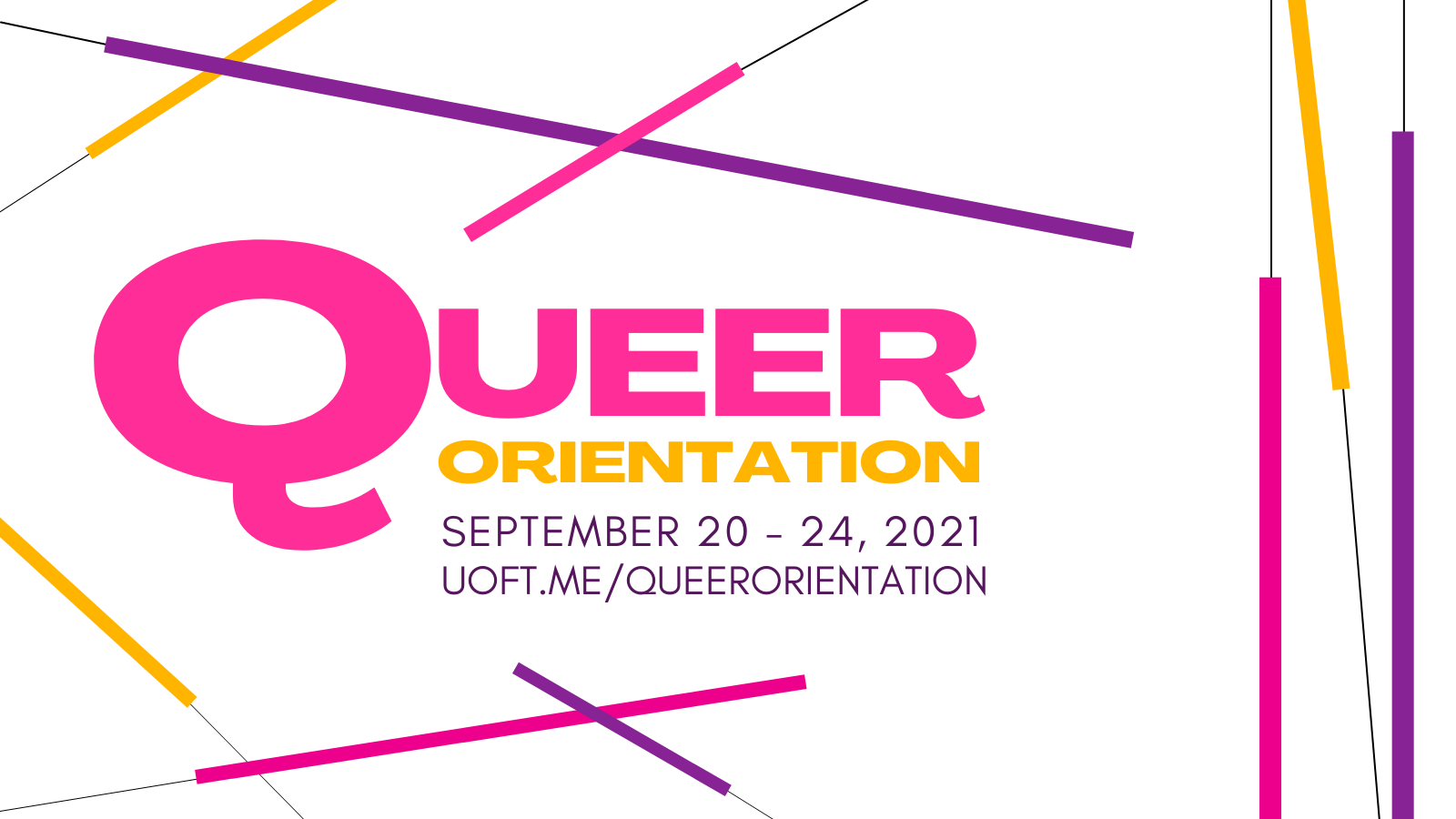 Queer Orientation (QO) is an annual series of LGBTQ2S-focused programming across all three campuses of U of T during the last week of September. QO is an opportunity for new and returning students, staff, faculty and librarians to make connections, engage in activities and have discussions related to LGBTQ2S+ communities.

This year, Queer Orientation runs from September 20 – 24, 2021 and features game nights, drag make-up tutorials, informational sessions, ice skating, escape rooms and more! – be sure to read the full schedule because there is definitely something for everyone. #UofTQO

You have no events for this day

You have no events for this month

You have no events for this month

No mapped events found in this timeline

The Sexual & Gender Diversity Office hosts the QO Calendar and is not responsible for the events hosted by other groups or departments.

Event details will be reviewed before publication on the calendar.

Got a question?
Email sgdo@utoronto.ca