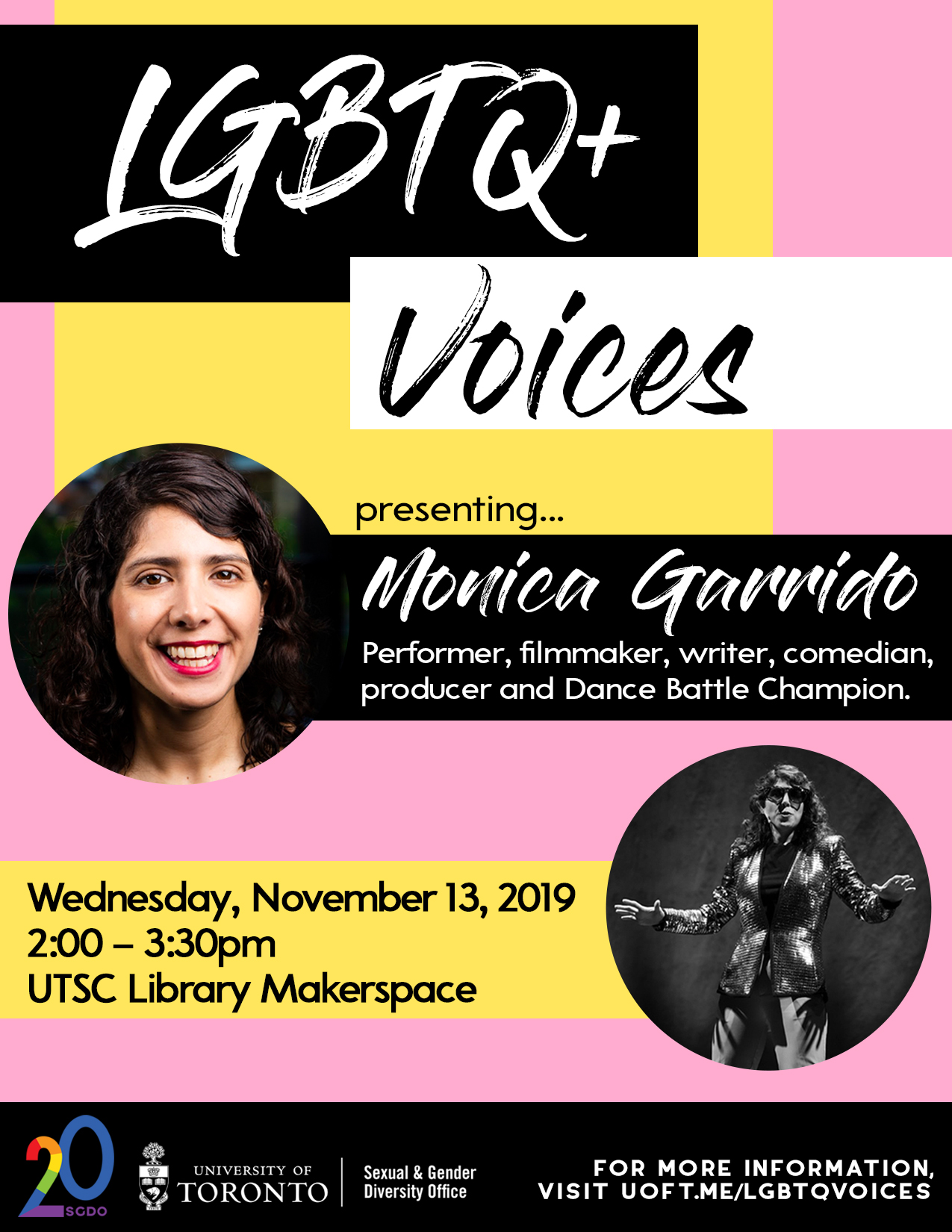 LGBTQ+ Voices will highlight the creative works of LGBTQ+ artists, activists and organizers to explore issues that impact LGBTQ+ communities at UTSC and Toronto more broadly. Through a range of presentation styles, performances and facilitated discussions, speakers will engage students and staff in exploring topics and questions related to intersectional LGBTQ+ identities and communities.

On November 13th, 2019, the SGDO will be joined by Monica Garrido! Monica Garrido is a Mexican born artist. Her short films “Diferente” and the horror-comedy “Love You to Death” have been part of the Inside Out LGBT Film Festival. Her first solo show created in the Emerging Creator Unit at Buddies In Bad Times Theatre “The Cunning Linguist” won the 2016 Queer Acts Audience Award. Monica has had the privilege to be a member of diverse improv troupes such as Bad Dog Feature Players, The Kweendom and Kinsey Fail. She is part of the ensemble of the Canadian Comedy Award winning show “Sketch Comedy Extravaganza Eleganza.” Currently she co-hosts and co-produces Radio Aluna Theatre Podcast and is part of The House Co. Ensemble at The Second City Toronto. Monica is the 2018 recipient of the Queer Emerging Artist Award at Buddies in Bad Times Theatre. She is also a Taurus and wishes you the best.