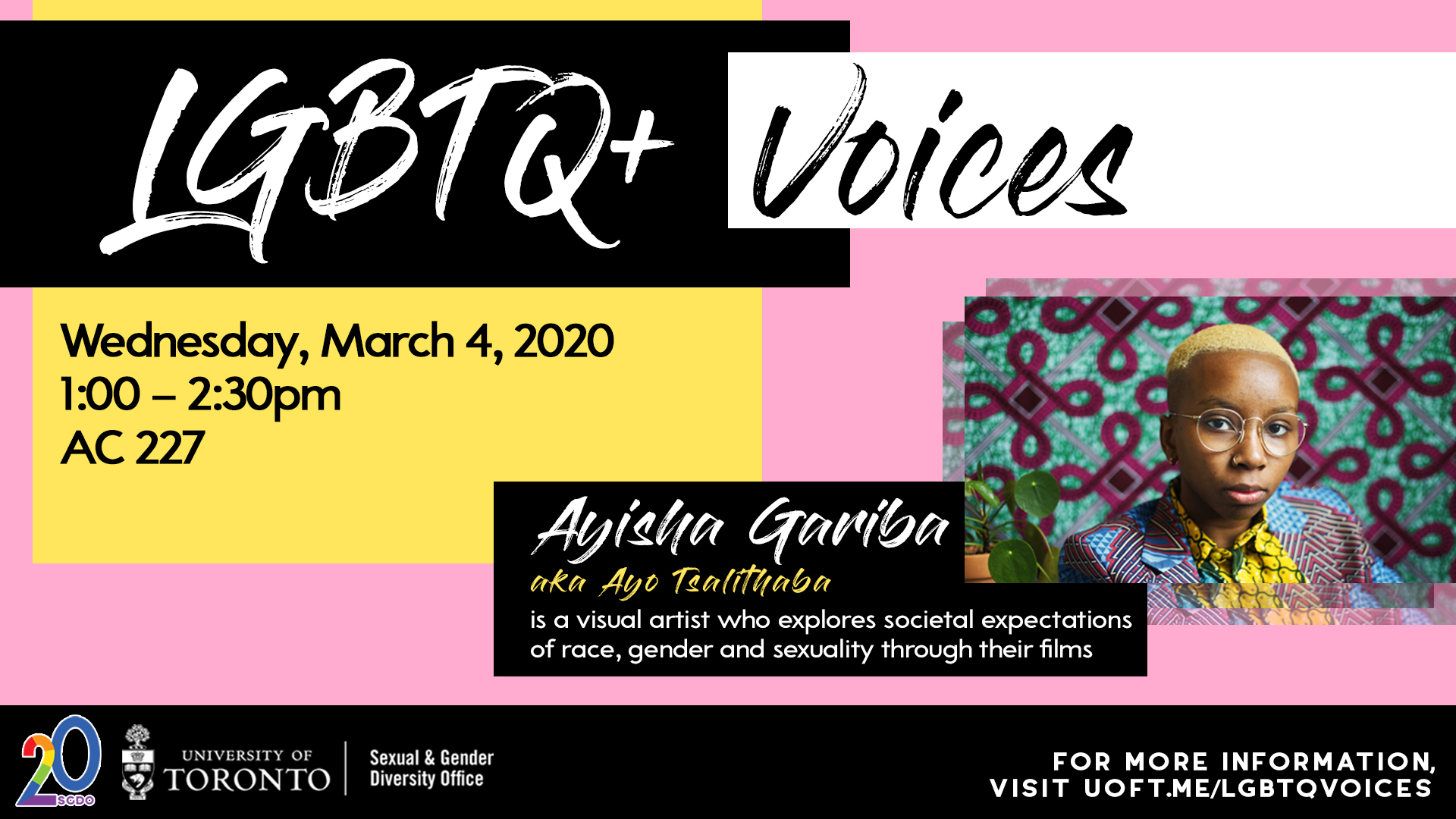 Join us for an LGBTQ+ Voices session featuring Ayisha Gariba who will be showcasing their visual art!

Ayisha Lineo Gariba (who also goes by Ayo Tsalithaba in some spaces) is a visual artist originally from Ghana and Lesotho. Their primary mediums include film, photography and illustration. They enjoy exploring issues of identity, specifically societal expectations of race, gender and sexuality through their films. Their work has been featured in Huffington Post Canada, Flare, The Fader, The Kit, TFO, the University of Toronto magazine, Munch Magazine and they have made music videos with Tika, Bernice, Desiire and Emma Frank. They have screened their films and appeared on panels at the TIFF Bell Lightbox, Free, University of Toronto, George Brown, the Revue Cinema, Xpace Cultural Centre, and more.

LGBTQ+ Voices highlights the creative works of LGBTQ+ artists, activists and organizers to explore issues that impact LGBTQ+ communities at UTSC and Toronto more broadly. Through a range of presentation styles, performances and facilitated discussions, speakers engage students and staff in exploring topics and questions related to intersectional LGBTQ+ identities and communities.